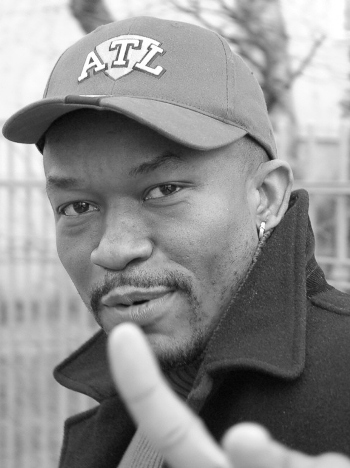 He studied fine and applied arts at the renowned Auchi Polytechnic where he graduated with a Higher National Diploma in Graphic design. David also emerged the "Best Student of the Year" of his graduating class.

Since 1995 he has been living and working in Germany as an artist and project manager collaborating with museums, youth forums and cultural institutions. David worked as a project manager at the Museum for Children's Art Berlin for 5years (1999-2004).

And since 2001 he has been working as a guide at the Ethnology Museum Berlin. He is also an upcoming playwright who has drawn large audiences to his critically acclaimed productions in Europe.

David's goal since he ventured into public space through arts exhibition and performance has been more than an orientation towards understanding the process of time and the mediation of visual communication through Art. This is an interdisciplinary field that demands a new artistic perspective through the use of multimedia to show the profound affinity between culture and tradition.